DGS Staff Predictions: Who Will Win The 2018 World Series?

Double G Sports staff give their predictions for this year’s MLB playoffs.

The regular season is over and now the question on everyone’s mind is who will be the 2018 World Series Champion? Here is what the Double G Sports staff had to say:

How it will all go down: It will be a battle between the two hottest teams at the end of the 2018 season. The reigning, defending, undisputed champions of baseball return to the World Series after defeating the Cleveland Indians in the ALDS and Boston Red Sox in the ALCS. Just like last season, they will face a formidable foe in the NL. This year, it’s the Milwaukee Brewers. Unanimous MVP candidate Christian Yelich and a dominant bullpen will get past the Cubs in the NLDS and the Los Angeles Dodgers in the NLCS. The World Series will go the distance, just like last year. While the Brewers have a strong farm of relief pitchers, the starting lineup of Jose Altuve, Carlos Correa, George Springer and Alex Bregman will just be too much. Having Justin Verlander, Gerrit Cole, Dallas Keuchel, and Lance McCullers doesn’t hurt either. Bregman will add to his strong 2018 season with a World Series MVP Award to his already crowded trophy case.

How it will all go down: First, let me start off by saying I believe whoever wins the National League Wild Card game is going to the World Series, so I would not be surprised if the Chicago Cubs are in the World Series, led by Mr. October, Daniel Murphy. However, I think it will once again be Rocktober in Colorado. The Josh Donaldson trade will pay its dividend big time as he will lead the Indians to their first World Series title since 1948. The games at Coors Field will be a lot of fun and high scoring but ultimately, Corey Kluber’s pitching at Progressive Field in Cleveland will be too much for the Rockies to overcome. 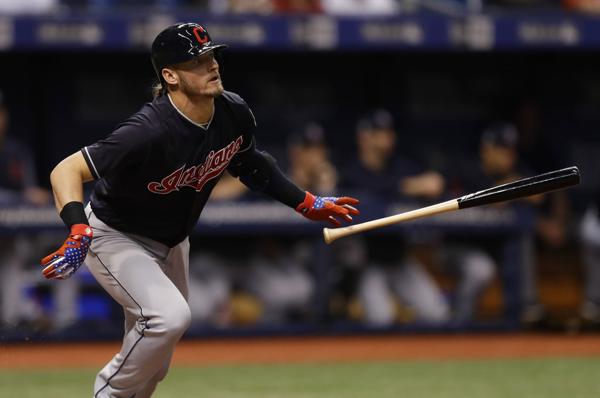 How it will all go down: A World Series between two storied franchises with so much history against one another will take place in 2018. The Yankees will have home field advantage in the Fall Classic against the Dodgers, which will play a pivotal role in the series. The Yankees will win the first two games of the series in New York by a wide margin. The Dodgers’ pitching staff will be unable to tame the Yankees’ red hot bats, giving up ten homers in the first two games. Luis Severino will dominate game one, tossing seven scoreless innings. J.A. Happ will pitch well in game two, tossing six innings of one-run ball. Clayton Kershaw’s postseason woes will continue.

The Dodgers will proceed to win the next two games in Los Angeles as Yankee starters Masahiro Tanaka and C.C. Sabathia are unable to get the job done. Dodgers pitcher and young gun Walker Buehler will have a masterful performance in game four, striking out 12 batters in over six innings of work. Trade deadline acquisition Manny Macahdo will get hot at the right time and deliver big hits in games three and four for the Dodgers, all the while making a case for World Series MVP. Another solid performance by Severino as the Yankees will win game five in L.A. Gary Sanchez will put his miserable season behind him and collect his eighth and ninth runs batted in for the series. The series will return to New York where the Yankees will win behind a strong performance from the bullpen and a two home run game from Sanchez. The New York Yankees are your 2018 World Series Champions, handing the Dodgers a second World Series loss in as many years.

How it will all go down: The Oakland A’s will shock the world and go the distance, knocking off all the AL powerhouses before Christian Yelich goes on a tear and earns his MVP. Oakland is an underdog based on payroll alone, so they’ll be on a fun, 2015 Royals-type run. Khris Davis is very good at playing baseball, however, the clock hits midnight and the story ends at the hands of Milwaukee. How it will all go down: Indians beat the Astros in four, then have their hands full with the pesky Yankees in the ALCS. Corey Kluber pitches a complete game shutout in game seven to vault them to the World Series. On the NL side, Chicago has a home run brigade against the Rockies, sweep the Brewers then have a matchup with the upstart Braves. The Braves are very talented but too young and the Cubbies are carried by Anthony Rizzo into the World Series. 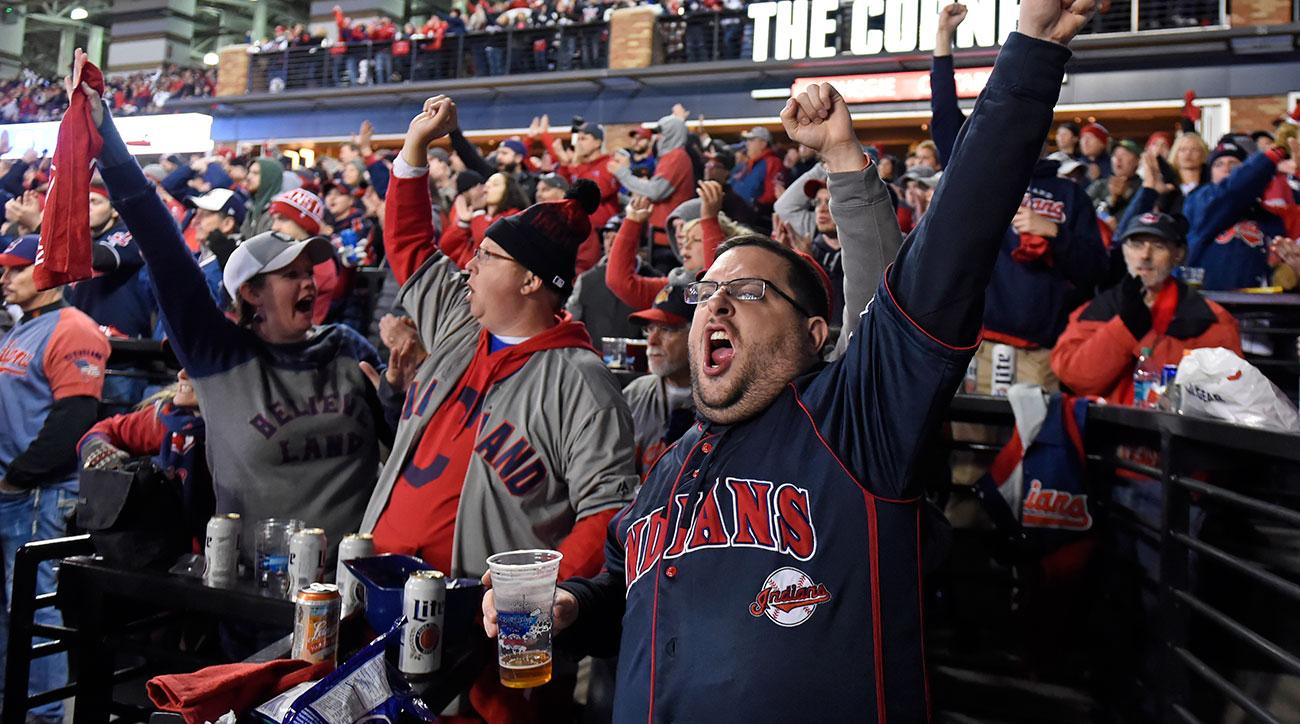 How it will all go down: The defending champions will have a tough challenge ahead of them in a surging Milwaukee Brewers team. With NL MVP candidate Christian Yelich and an All-Star bullpen, the Brewers have the potential to shock the world. However, they run into an Astros team with one of the most dominant rotations in the league. That, along with the clutch hitting of their core four (Bregman, Correa, Altuve, Gurriel), can lead them to victory. Keep an eye out for Tyler White as well. 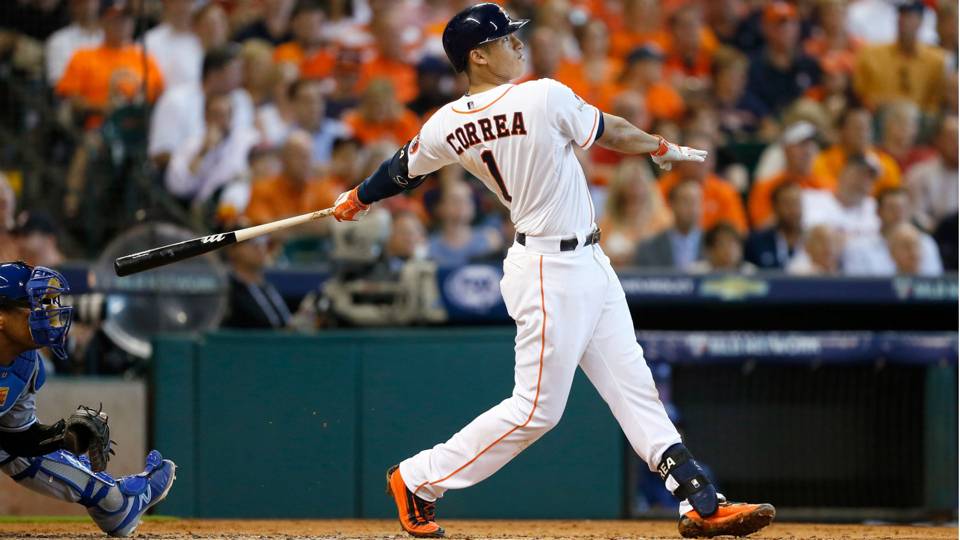 How it will all go down: The Houston Astros are without a doubt the team that is the best constructed for the postseason. With a starting rotation of Justin Verlander, Dallas Keuchel and Gerrit Cole, they undoubtedly possess the best starting rotation in the major leagues. They say pitching win’s championships, and with the MLB best team ERA at 3.11, the Astros have the pitching to do it. Furthermore, with the likes of Jose Altuve, Alex Bregman and Carlos Correa, Houston has a multi-dimensional lineup, and can beat you in multiple ways. With such a well-built team for the postseason, the Houston Astros are primed to repeat as World Series Champions.